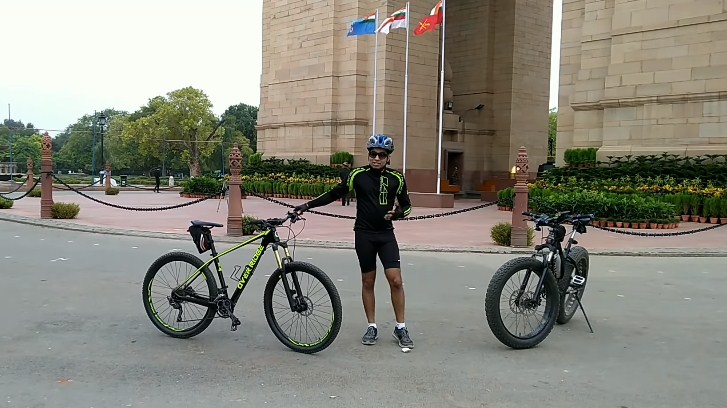 Fat bikes or fat-tire bikes have become a big thing lately for use both on the trail and for daily commutes. Their distinct motorcycle-like tire has made people both eager and apprehensive to buy one to replace their mountain bike or to use it as a secondary option.

However, we have a few points that you can look at that will help you decide on whether or not to purchase a fat bike. These points will also help you make an informed decision on whether you can buy a mountain bike instead.

Do fat bikes have better traction?

Fat bike tires outstrip most mountain bike tires by a mile, and that is because these tires grab well to terrain features because their pressure levels are lower. Fat tires are especially better for mountainous terrain because they are better climbers with a tire pressure level that is around 7 psi.

Normally mountain bike tires have pressure levels that range between 22 psi to 35 psi. If you are wondering how a tires psi levels can affect your traction, consider this.

Traction is also affected by the width of your tires and wider tires with less air will conform around objects better and make it easier to move forward.

While wider tires mean that fat bikes can move easier through rough terrain, they also mean that they will hamper bike’s speed. However, fat bikes gain most of what they lose in speed through better traction.

Unfortunately, whatever fat bikes can gain through traction will be lost through larger and heavier frames; this is mostly visible in older fat bikes. Nowadays, some fat bikes have lightweight carbon frames, and while this makes them faster than older models, they still aren’t as fast mountain bikes.

While the speed difference between modern fat bikes and mountain won’t be that bad in off-road conditions, it can become more noticeable when these are ridden on paved roads.

One of the main reasons people buy fat bikes for off-roading is that they are the most stable bike you can ride almost anywhere. No matter how fast a mountain bike can be, some people feel more comfortable with riding fat bikes simply because they are less likely to fall while on them.

Stability is also what makes beginner off-roaders prefer fat bikes, so if you are not familiar with riding on rough terrain, they are your go-to bike. If you are a more experienced rider, mountain bikes are a better option if speed really matters that much.

Many people who own fat bikes buy them because they don’t want to find themselves trapped indoors because their bike cannot handle a certain type of terrain. Since fat bike tires grip onto objects better, they can travel on almost any type of surface, be it a snowy hill, wet rock, or muddy trails.

Most of the places where you would have to get off and trek on foot when using a mountain bike, you can pedal through when riding a fat bike. Fat bikes are also great for commuting or training on rainy days as they won’t slip on wet surfaces.

The fact that you can use a fat bike in bad weather means they can be a great secondary option for mountain bike fans too.

The fat bike price range is very wide. Factors like the brand, the materials used when making the bike, and any extra features play a role in the final price of an individual bike.

On average though, fat bikes are generally more expensive than mountain bikes but that isn’t a problem if you usually buy mid to high range mountain bikes. Finding a budget fat bike is not that hard, though, as you can get one from a department store for around $500.

When buying a cheap fat bike, do not expect to get a reliable model that you can regularly use as they are far more likely to get damaged.

Are fat bikes easier to ride?

The fact that fat bikes plow their way through obstacles doesn’t mean they are easier to ride because they only have one speed. Unlike mountain bikes, fat bikes rarely have gears and this means they require a lot of muscle power to move forward.

Having a one-speed bike can sound like a drawback to many but this fact has a silver lining, as fat bikes can be great for training.